Learn about the Prairie Style and the Midwestern architects who contributed to its development.

Explore the expansive living space at the heart of the Robie House on this Virtual Tour.

Take a Virtual Tour of the Children’s Playroom at Frank Lloyd Wright’s Home and Studio in Oak Park.
Trust curator David Bagnall discusses the design and history of this remarkable space.

Watch and Learn.
Kevin Nute, Assistant Professor at the School of Architecture, University of Hawaii examines Wright's interest in traditional Japanese pictorial art in the context of his philosophy of 'organic' architecture. 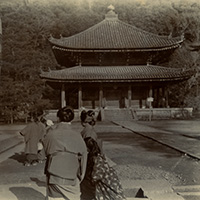 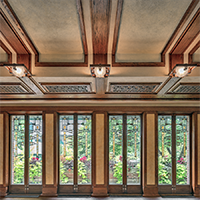 Take a deep dive into the history and design of the Robie House with Frank Lloyd Wright’s Prairie Vision: The Frederick C. Robie House Conservation Management Plan. This publication presents a defining vision for the preservation of Wright’s iconic Prairie house for generations to come. More >