Lee Bey at Robie House—Southern Exposure: The Overlooked Architecture of Chicago’s South Side 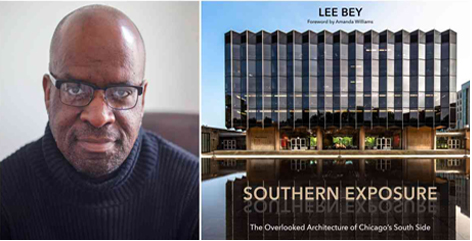 Southern Exposure: The Overlooked Architecture of Chicago’s South Side is the first book devoted to the South Side’s rich and unfairly ignored architectural heritage. With lively, insightful text and gallery-quality color photographs by noted Chicago architecture expert Lee Bey, Southern Exposure documents the remarkable and largely unsung architecture of the South Side. The book features an array of landmarks—from a Space Age dry cleaner to a nineteenth-century lagoon that meanders down the middle of a working-class neighborhood street—that are largely absent from arts discourse, in no small part because they sit in a predominantly African American and Latino section of town better known as a place of disinvestment, abandonment, and violence.

A Q&A and book signing will follow the discussion. Southern Exposure: The Overlooked Architecture of Chicago’s South Side will be available for purchase.

LEE BEY is a photographer, writer, lecturer, and consultant who documents and interprets the built environment—and the often complex political, social, and racial forces that shape spaces and places. His writing on architecture and urban design has been featured in Architect, Chicago Magazine, Architectural Record, and many other news outlets. His photography has appeared in Chicago Architect, Old-House Journal, CITE, and in international design publications, including Bauwelt and Modulør. A former Chicago Sun-Times architecture critic, Bey is also a senior lecturer at the School of the Art Institute of Chicago and served as deputy chief of staff for urban planning under former Chicago mayor Richard M. Daley.